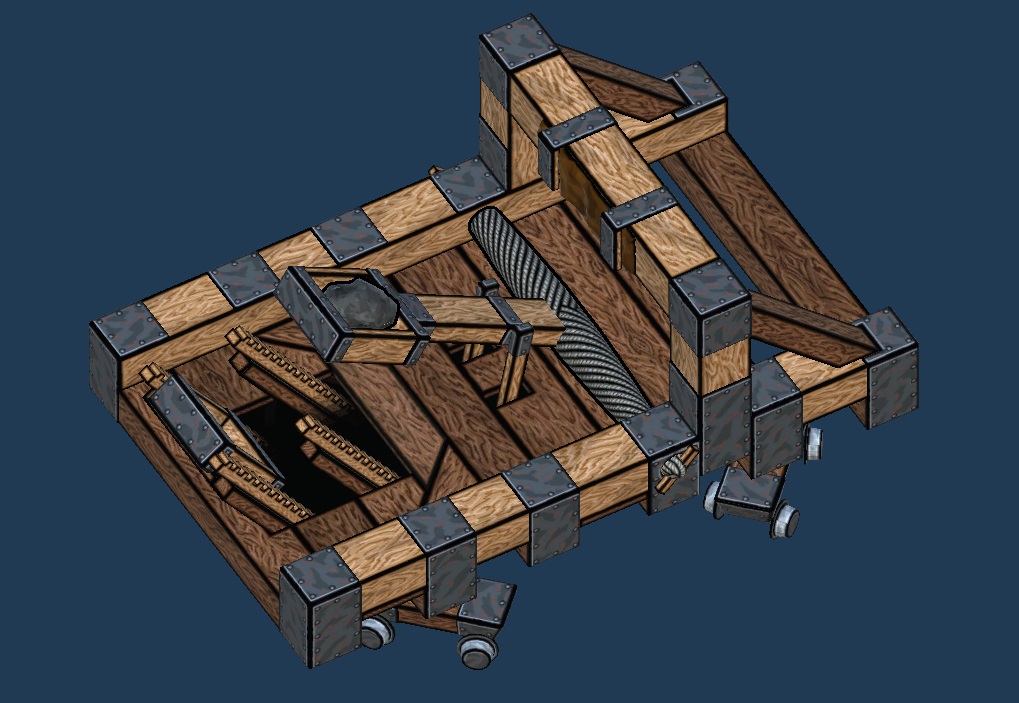 Onager asset is ready to battle, although battlefield is not yet ready to take it. Designing a gun in 3D from the beginning is new experience for me, and of course it was accompanied with some mistakes and sudden findings, which had to be handled by some workarounds. In result the onager became longer than I expected, obtained a few more beams in the base and a black hole to hide its lack of insides, and I had to dive into shaders to create dynamic outlines for particular parts. Now it's time for the most interesting part - to make this huge thing work in the game as intended. 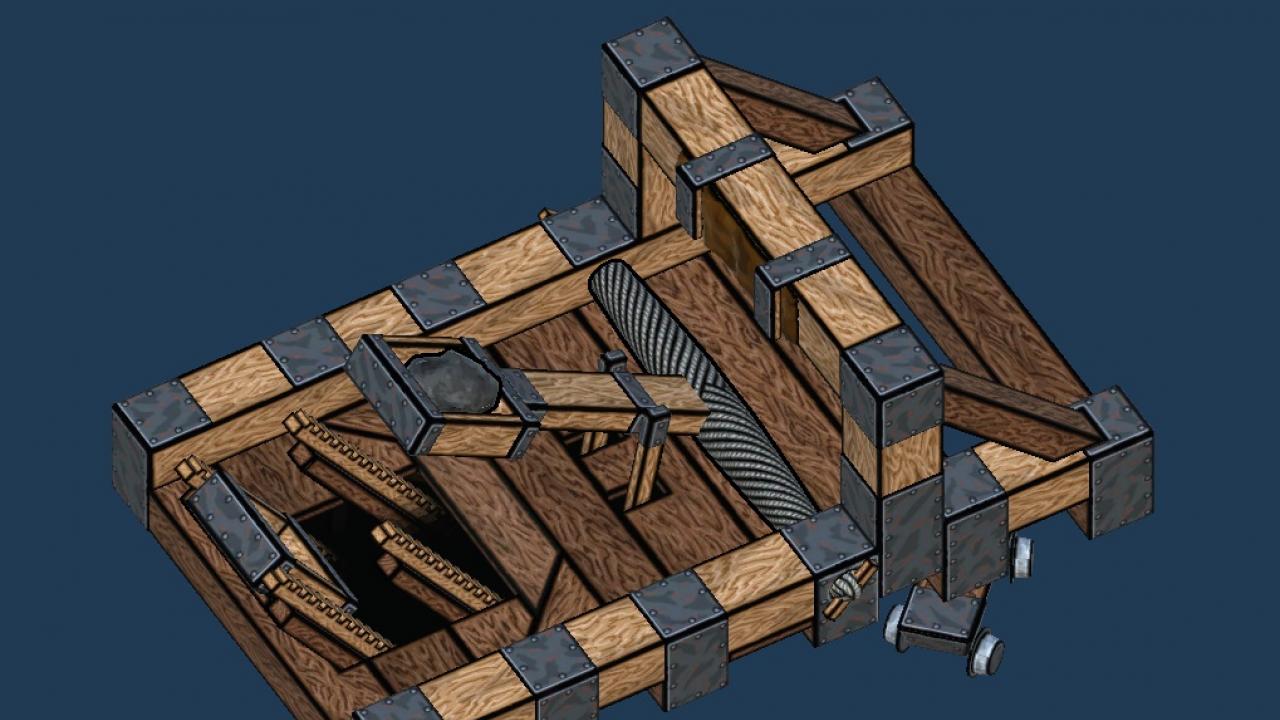