Suddenly here come another two goblins, strayed from their tribe. These are scavengers. The left one you'll meet from time to time in battles, carrying a lot of treasures in his bag, and the right one is market trader offering some good deals about scraps and blueprints. I had them in mind for quite a long time actually, but as they weren't important for demo, I found a time to deal with them only now. 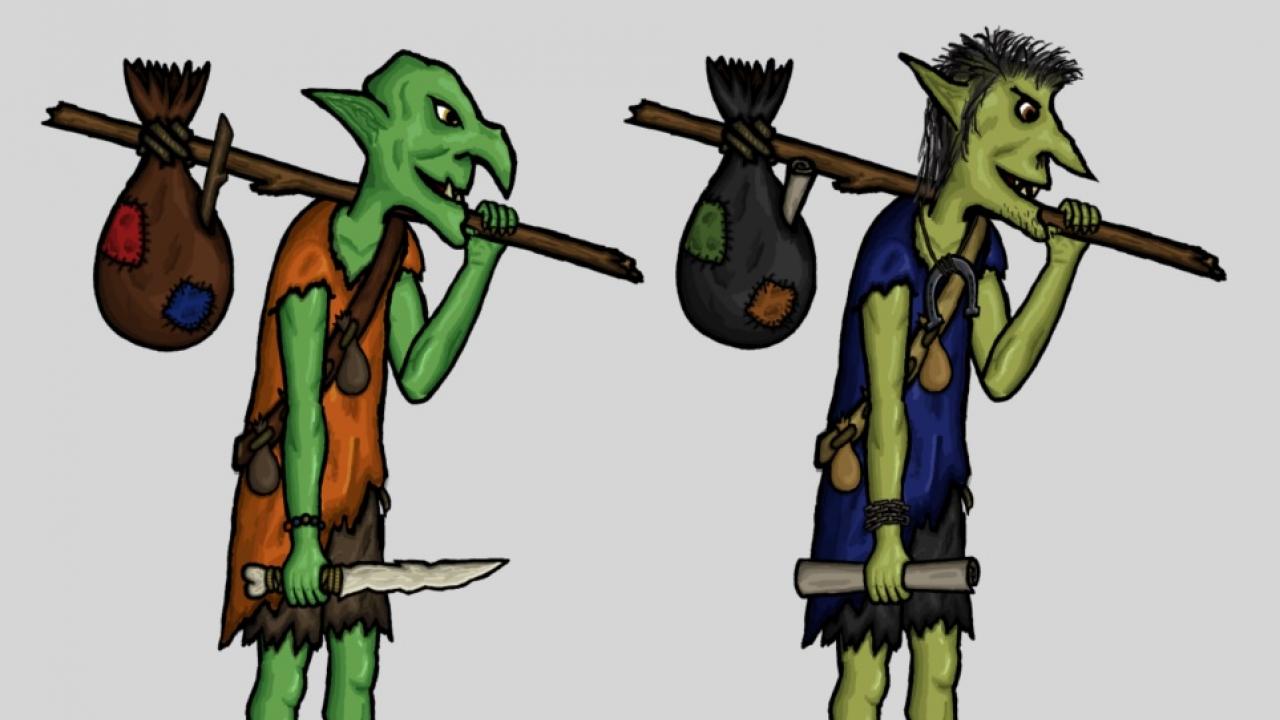 Long time ago, before even starting blogs, I've already had a fully working market screen. Since then a lot happened - new icon system, general purpose UI components, some UI concept changes, migration from xml's to sqlite database, so I had to rebuild it. This new version is cooler both inside and outside, the code is more organized and the UI has more decent look and some new useful features.

The main idea of the market is that various traders and their offers are unlocked through the game and fills the market to certain (upgradable) limit. The offers are limited by time and as they expired or fulfilled the market will replace them with new ones. There's a lot of offers, for both buying and selling various goods, you can buy the resources you need or sell excesses, or even find some blueprints and items obtainable only from the market offer. 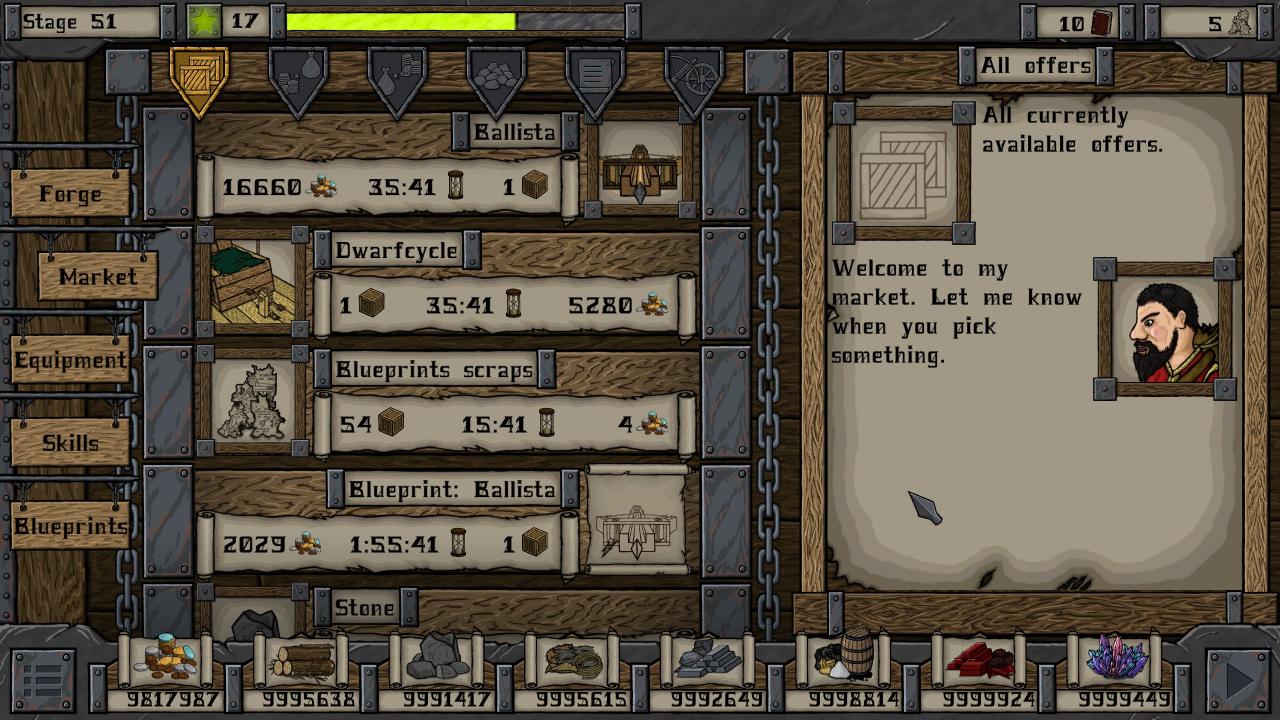 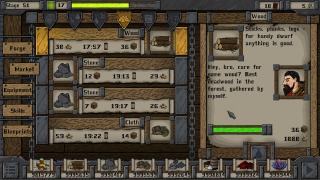 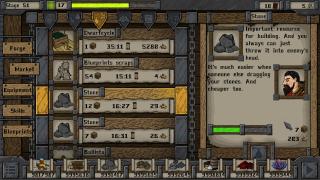 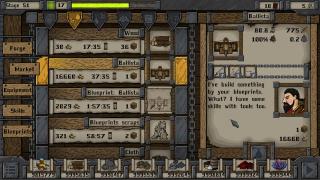 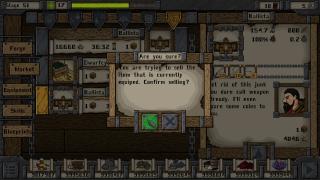 Deep in the woods

Deep in the woods there are few ogres sitting around a campfire and eating meat. Quite a peaceful scene, but wait until our dwarf arrives to find out that these ogres are guilty of destroying some of his blueprints. I first posted about this cutscene almost two years ago, but it's finished only now. At first I was distracted by something else and then there was always other urgent or interesting tasks preventing me from finishing this one. Funny how some small tasks can be lost in time and found again during development cycle.

And I thought that preview window is not informative enough for the equipment screen, so now it's also has tank parameters panel to show you all important stats together. How much damage you deal per second, how well your base is defended against attacks, how fast the tank will move in attack mode - everything can be found here. I've also done some integrations with forge screen to correctly rebuild the preview and stats as player upgrades, reforges or scraps equipped items. 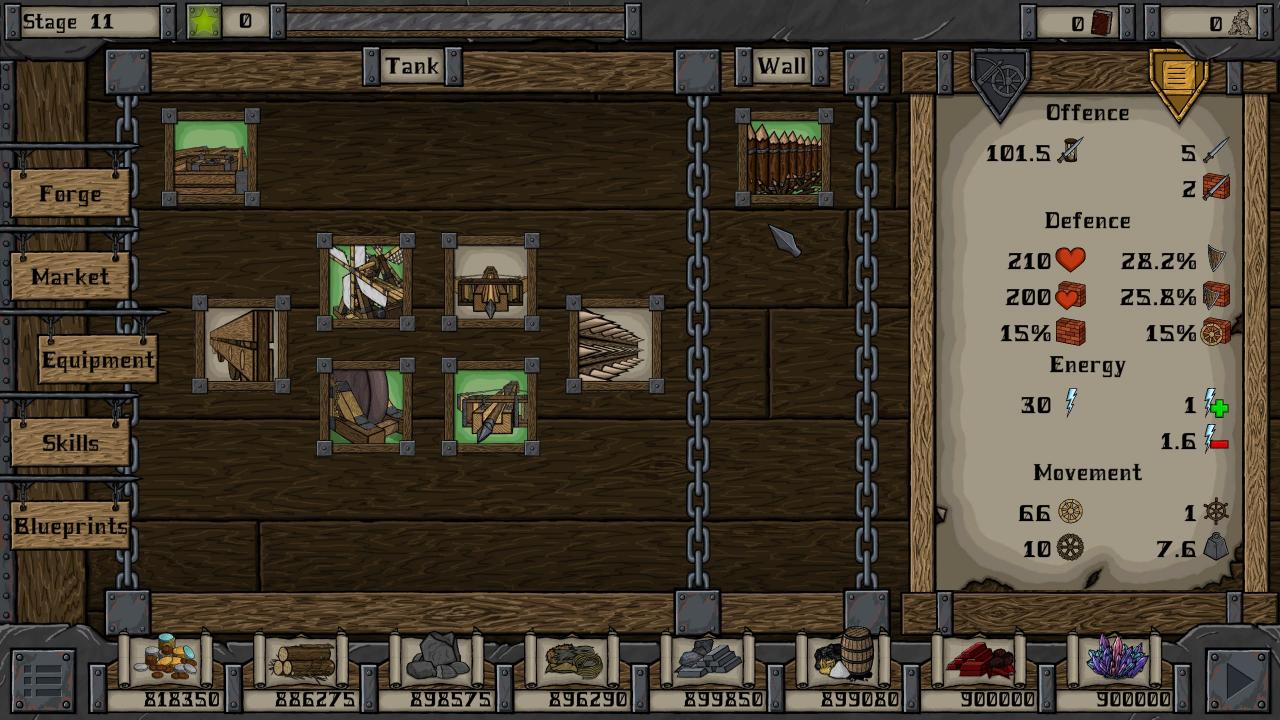 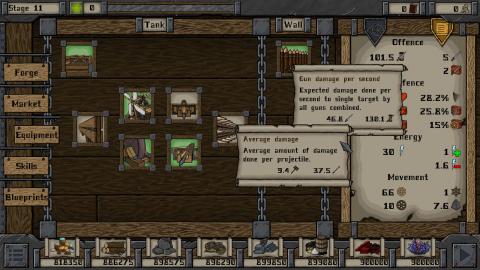 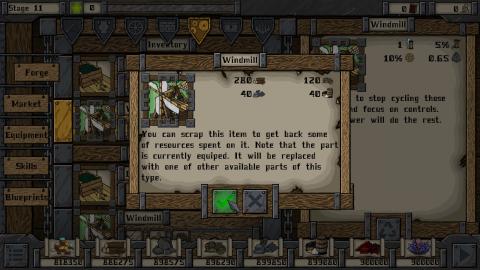 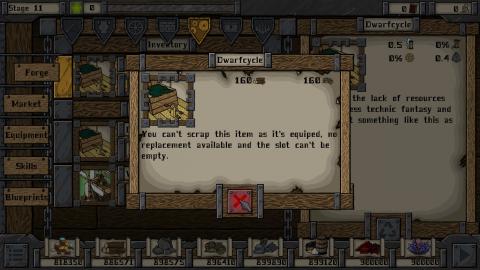 Funny thing - sometimes you have some very basic parts in your game only in form of early prototype for a really long time. For instance - this equipment screen existed like that since the first year of development - no proper UI graphics, preview window was ugly and broken; and since implementation of the new inventory system this screen wasn't even working at all. Without it I was forced to switch tank parts through save editing. But it ends now, as I finally made it look and work as it supposed to. 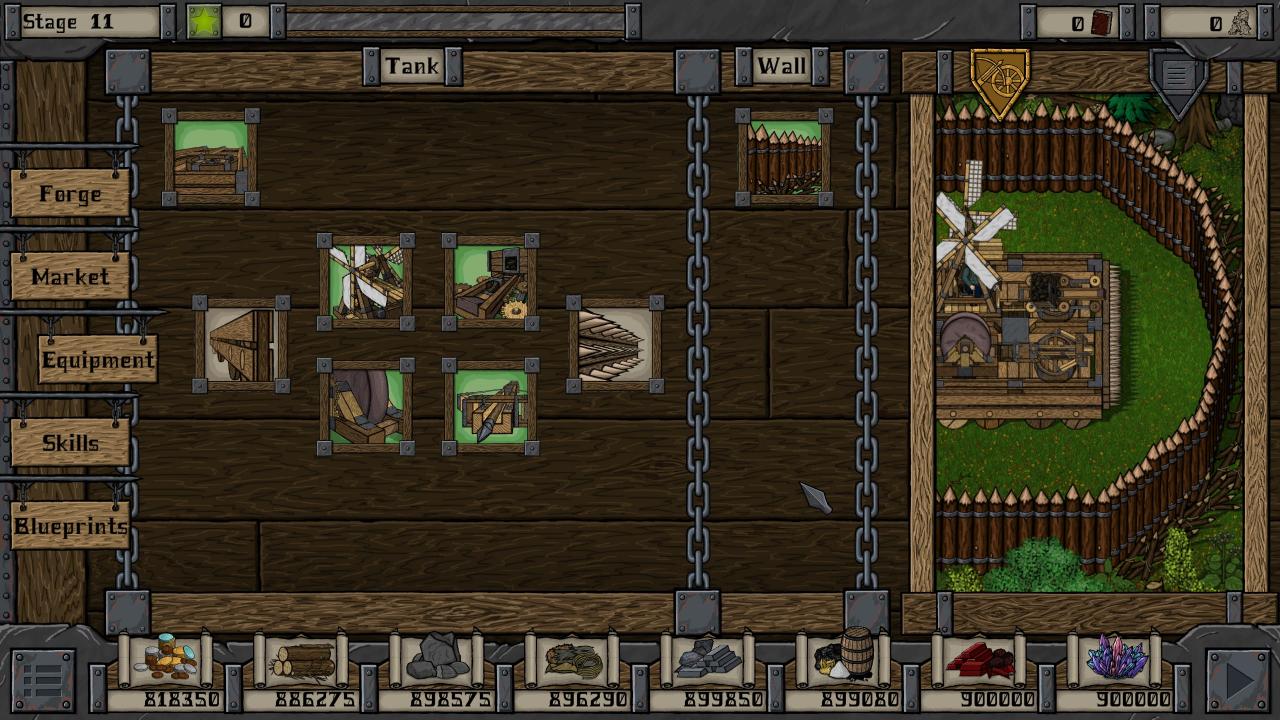 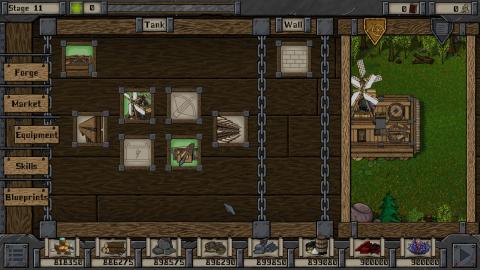 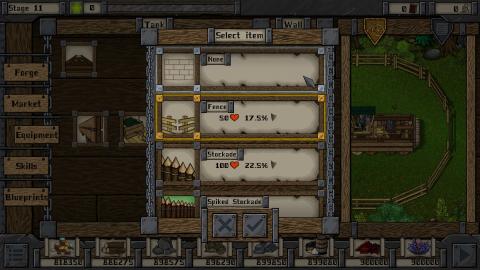 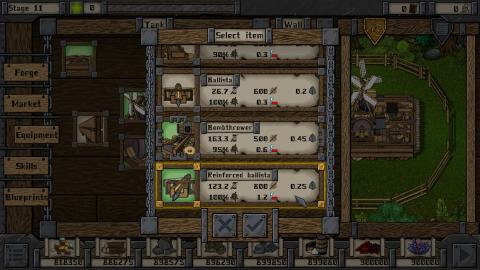 Well, it took longer than I expected. Today I finally ready to share with you the first taste of Dwarfinator in this short gameplay demo-version. Remember - it's not a demo of a full game, there's no such thing as a full game yet. It's more like playable teaser, demonstration of what is ready for now and how these parts may look in the full game. It consists of a three example stages with different tank and character presets. There still might be uncaught bugs, so if you encounter any - feel free to send them to me. Any other kind of feedback is also appreciated. By default, this demo gather some performance and gameplay related data of your play sessions, you can disable this feature via settings, but it would really help me in further development if you don't.

So what are you waiting for? Go play it, share with your friends and follow the updates. 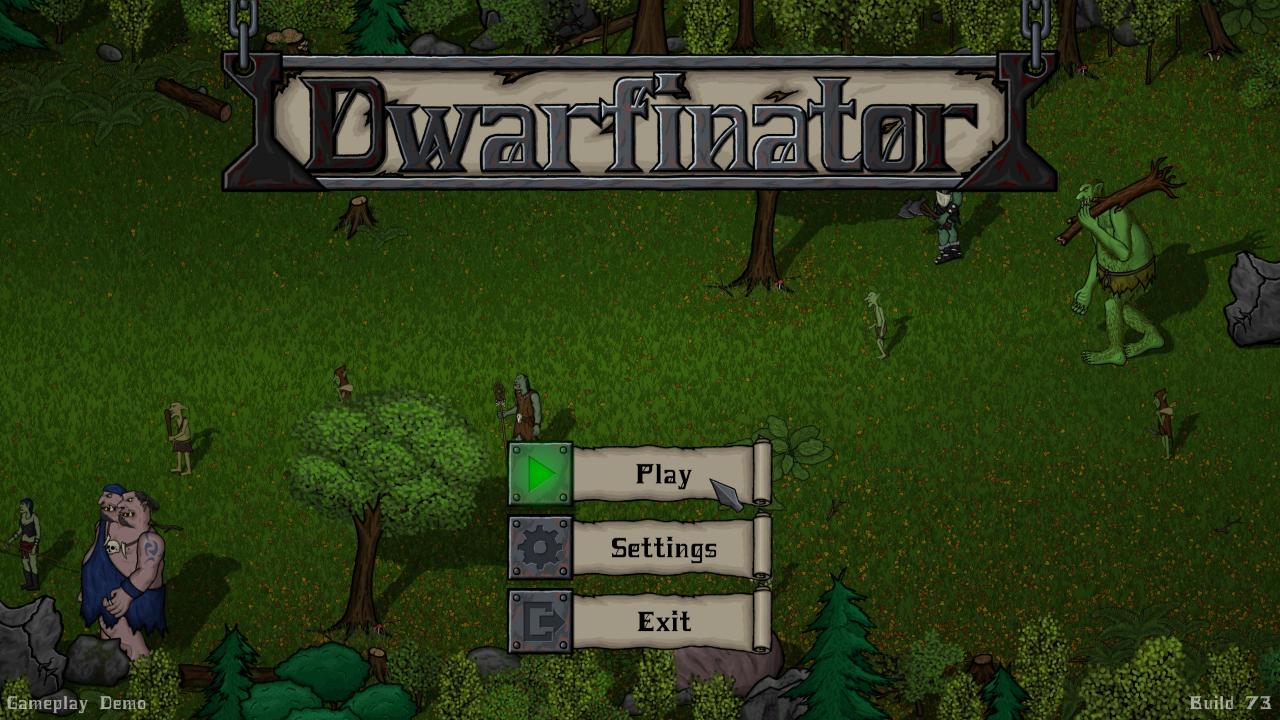 Not much to show for a few last weeks, mostly because of release preparations nature - even if it's only an early gameplay demo release. I've added some small features like emitting particles from wall and tank on hit or hiding decorations around the wall to prevent inevitable sorting issues. I've fixed a pack of bugs like sudden mobs death screams after end of the stage. Also there's now some music fragments for a victory and defeat on the stage. The website is now ready to host the upcoming demo with new downloads page. And none of that is able to provide decent content for a new post. But at least check out these new screenshots with updated forest environment. 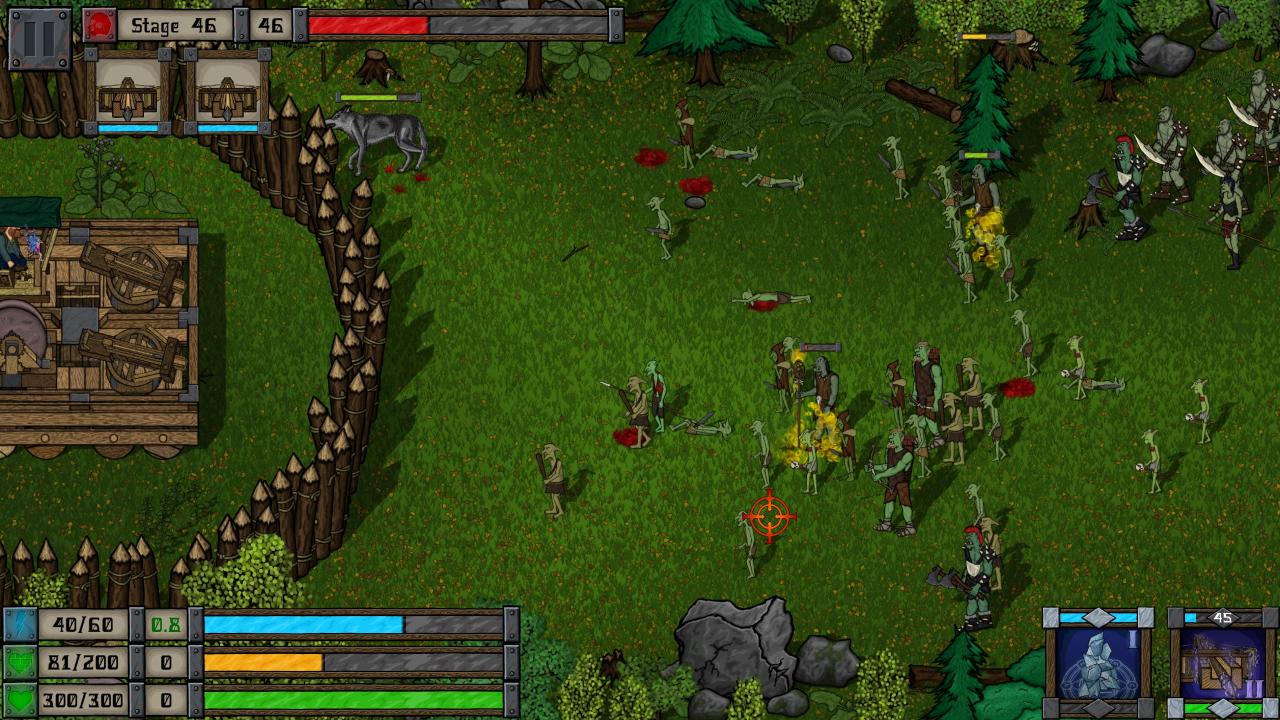 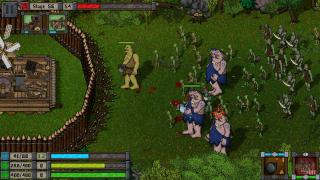 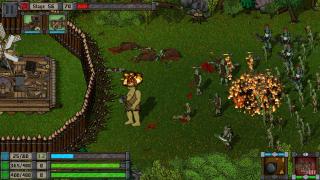 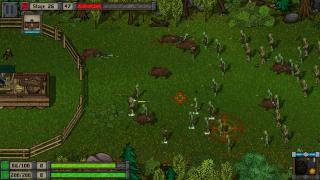 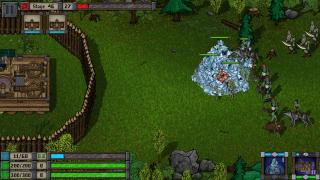 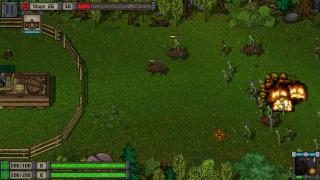 There was no word from me for a while, and I have a really big bunch of reasons for it. In short - I got broken trying to carry out my daily routine, which for some reasons was a couple responsibilities more than I could handle, and all I could do was dropping some of them off. For more than two months I could not properly work on the game. But now the crisis is solved, I'm more or less stable again and the development continues. Getting back to work was not easy, and I had to start with something less stressful than gameplay demo preparation. So I decided to finish the forest location, which previous state was never meant to be final, it was only "bearable". It took some time to draw all these rocks, sticks and plants. The fallen leaves and grass cover also required some struggling. Funny thing - as I'm no artist, my way of creating 2D location feels more like creating 3D one, I don't draw the background, I create and put the assets around. The result of all this you can see below. Though I said "finish", there still could be some minor fixes and changes, but mostly it's the final design of the forest location. 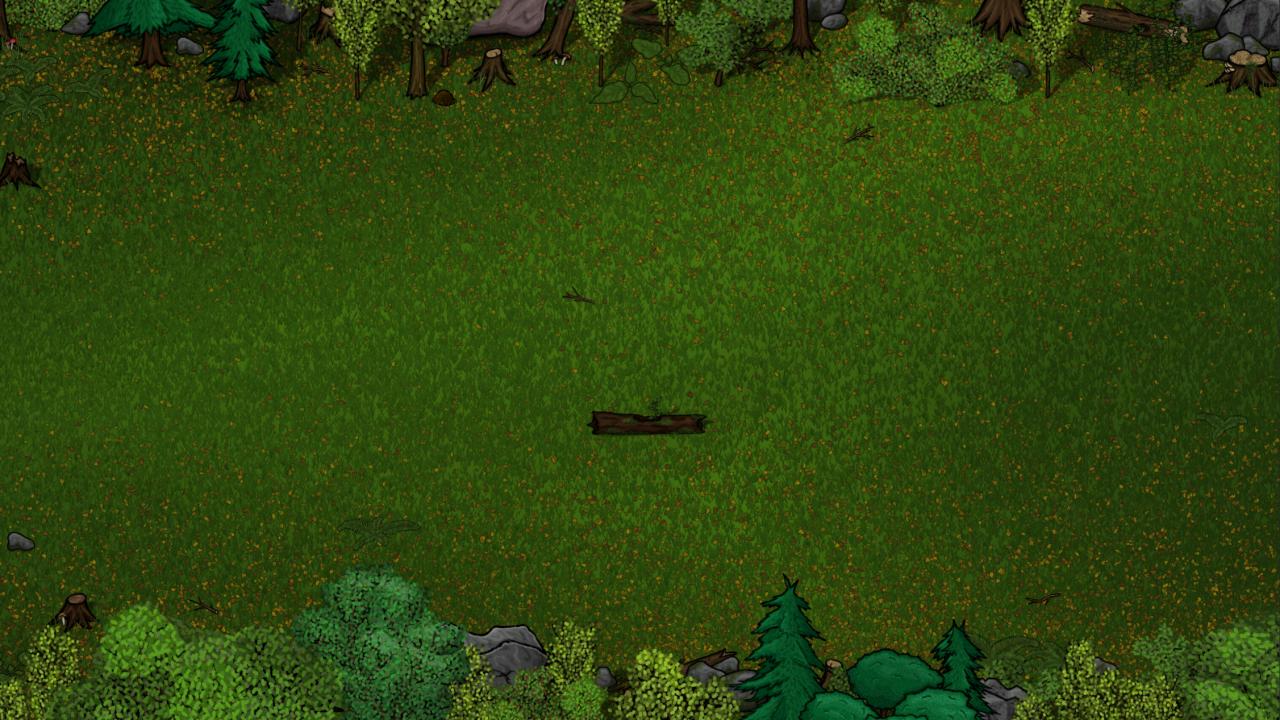 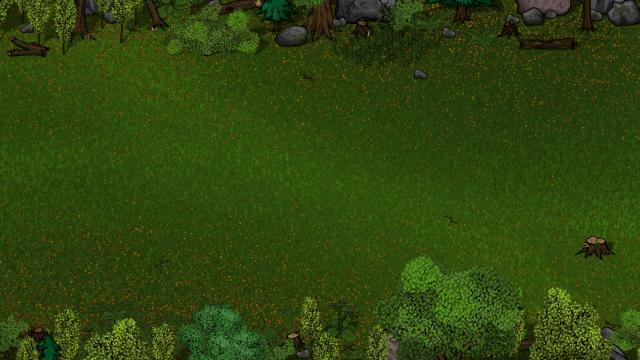 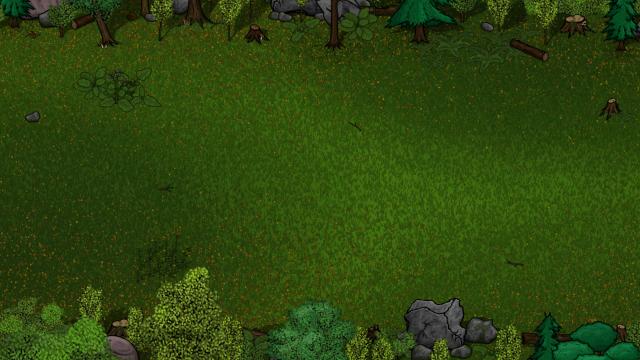 Dwarfinator continues to obtain elements turning it into proper game from in-development monstrosity. This time it's save selector screen and it's altered version for gameplay demo - stage selector screen. As you can see, there is three slots available for player savegames, which should be enough for this kind of game. 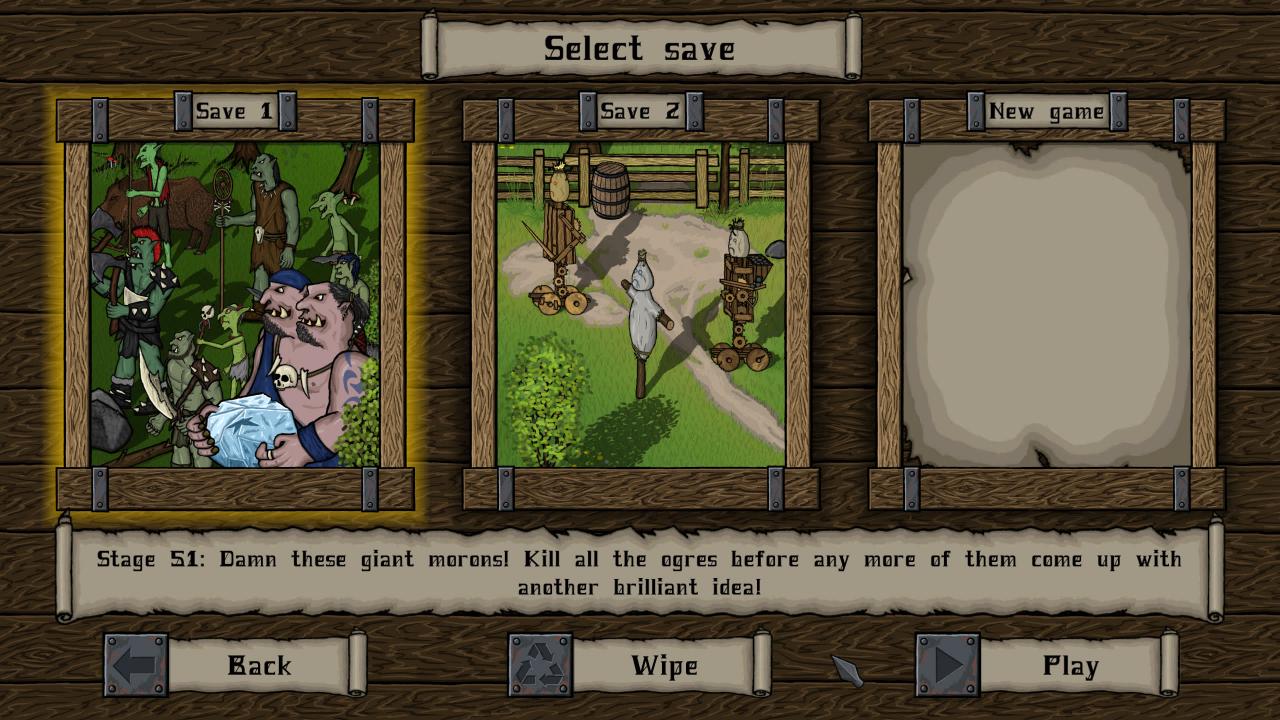 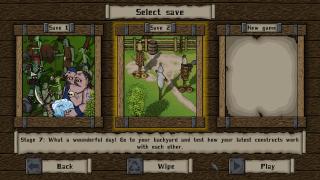 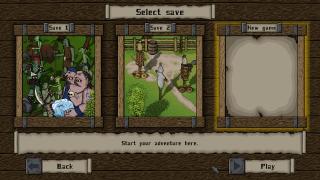 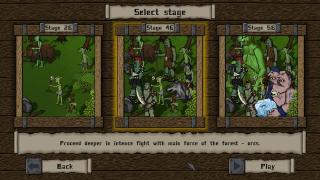 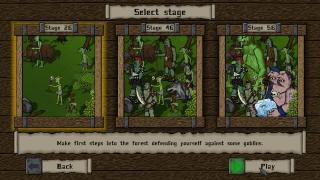 Since the beginning of development there was only a simple stub instead of game title screen. But look at this dynamic background now! The location it use and its content are changing according to the game progress in latest save. Actually I wanted to place there some full screen art as background, but as I'm more of a programmer than artist, creation of something like that would take a lot of time which I don't really have.